Should You Sell Your Home in Lock Down? 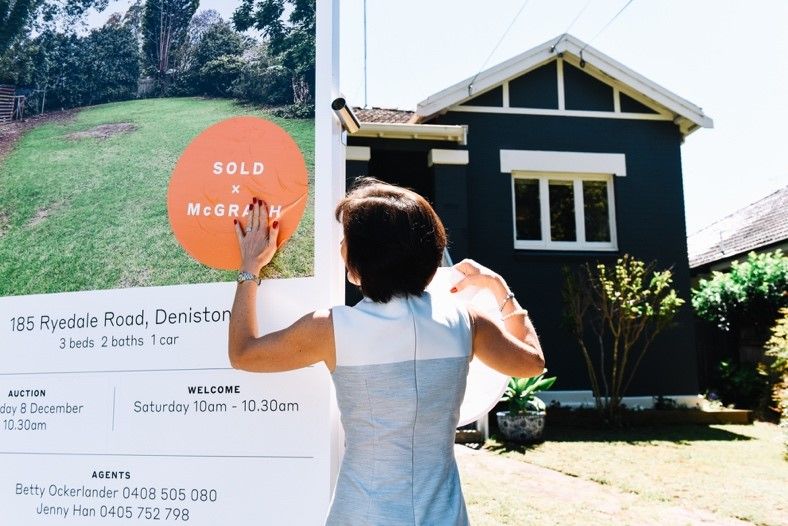 The property market's hot right now, but the lockdown situation is not.

It is a seller's market with listings down, but that means buyer demand is still strong, even though inspections are more complex in some places due to lockdowns. CoreLogic's research director Tim Lawless believes that the slight slowing of growth in sales is also down to affordability pressures, with house prices increasing almost 11 times faster than wage growth over the past year, making it difficult for those who don't own a home to get in the market.

Lawless said: "It's likely the ongoing shortage of properties available for purchase is central to the upwards trend on housing values."

Many sellers worry they won't attract buyers in a lockdown, while many buyers are concerned that prices are too high and that there are limited opportunities to inspect properties.

Once lockdown is over, there will undoubtedly be more properties on the market, which will shift the balance away from being a sellers' market. It is far better to sell with less competition than have multiple similar homes pitted against yours in the real estate pages.

In Victoria, buyers can't physically attend inspections, but agents are emailing them with photos and floorplans, and many homes are being sold "subject to inspection", which includes putting down a deposit to give sellers and buyers peace of mind.

There's no doubt it's better to sell a property when buyers are free to inspect, but sadly the current reality is that there are limitations.

Spring is traditionally the strongest selling season, so where inspections may be possible, there's no reason to halt your plans to sell completely.

If you are in an area where inspections by appointment are possible, consider spending more on your marketing. When inspections have to be orchestrated, buyers will only consider the properties they think are worth the effort. Consider providing more photos, a video, a floor plan, or ensuring the ad copy covers additional information about local schools, amenities, and transport routes. Look at strategies that will appeal to your target market will assist you in securing those inspection appointments.

Preparation of Your Home

In NSW, there are no longer restrictions on tradespeople to paint and make your home look its best. There are also no restrictions on home stagers coming to set the scene. Some agents have described difficulties in getting body corporates to agree to allow trades into apartment and townhouse complexes, but it should be acceptable when they understand it is considered an "essential service".

In Victoria, the restrictions are tighter, but vendors can use the time to prepare their homes by doing the jobs they can manage themselves and getting their property ready to photograph. - they can also take photos and send them through to agents to present to prospective buyers in a pre-sale campaign, ahead of when the state does open up again.

Do Online Auctions get the same momentum?

Many vendors have expressed concern about whether online auctions are building the same momentum and excitement as live auctions, but auction clearance rates in NSW are undoubtedly healthy, and many properties are reaching prices well above reserve. In August Domain reported: "Sydney's auction market is holding strong amid the city's ongoing lockdown, with a shortage of homes delivering the city's strongest mid-winter clearance rate in years."

Core Logic data in early September showed auctions have strengthened in Sydney and Melbourne, but uncertainties over the length of the lockdowns have kept volumes much lower in some areas compared to the five-year average. However, on 5 September, clearance rates in Sydney reached 84 per cent (of 519 reported auction results), which was the highest clearance rate since mid-April.

In Melbourne, tighter restrictions resulted in many property auctions being withdrawn. But CoreLogic reported that the withdrawal rate seemed to be easing off a bit in early September, and has less of a drag-down effect on the overall clearance rate. Auctions in Melbourne are still subdued, with clearance rates below 50 per cent.

Before the latest lockdown, Canberra had auction clearance rates of around 80 -90 per cent, but it too has had several properties withdrawn from auction (approximately 36 per cent at the beginning of September, according to CoreLogic data.)

In short, it seems auction numbers are driven by buyers' ability to physically inspect a property with cities at a higher level of lockdown more likely to see fewer auctions or properties withdrawn.

However, in a recent interview with AFR, Domain's chief of research and economics, Nicola Powell, said she believed listings would improve markedly in Melbourne once the Government lifted the restrictions for open homes. "I think as soon as we get a clear road map out of lockdown, market activity will rebound in Melbourne because there's pent-up supply that had been building up, but I'm not expecting values to rise by as much as last year because many buyers are already priced out of the market," she said.

With most cities hoping to return to some form of "COVID normal" at 70% double vaccination (predicted to be mid-October), there's no reason vendors in Sydney can't start their sales campaign already. Vendors in Melbourne and ACT should consider a pre-sale campaign and focus on getting their properties ready for sale as soon as restrictions lift.